Victoria Restaurant opened on January 3, 1949. Victoria’s was founded by George Georgenes and was a 52 seat stainless steel Jerry O’Mahony diner from New Jersey. It opened at 1024 Massachusetts Avenue in its present location. Victoria traverses four communities: Dorchester, South Boston, Roxbury and South End.
George’s sons, Nick and Charlie, inherited the throne in 1956 after returning from the Korean War. In 1965 Charlie and Nick decided to replace the diner with a new one. They purchased a “Swingle” Diner, which came in two sections with a vestibule. In the 1970`s they acquired a liquor license and in 1975 they added another diningroom, which was styled after an English pub and named for their father “Café George”.
Over the past six decades clientele at Victoria`s Diner (or the “Vic”) has included some of Boston`s most influential people (State Senate President William M. Bulger, legendary Boston Pops conductor Arthur Fiedler. Ray Flynn was a frequent visitor), and residents of the surrounding area, as well as construction workers, Newmarket employees, police, firefighters, EMT contractors on Building 1010 and Building 1010 employees, frequent and continue to visit the restaurant. On December 31, 2004, Mayor Thomas Menino stopped by for one last cup of coffee with his brothers. 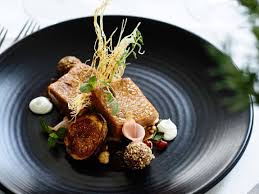