Jack Caddell started Jack’s as a single walk-up stand in Homewood, Alabama, a suburb of Birmingham, on November 21, 1960. After many remodels, the most recent in 2019, this facility is still open and serves as the chain’s flagship shop.

Items like fifteen-cent hamburgers and fries, twenty-cent shakes, and a twenty-cent “Fish-On-A-Bun” were on the initial menu. By the mid-1960s, Jack’s had over a half-dozen sites in the Birmingham metro area, including the original Homewood shop, Roebuck, 3rd Avenue West, Bessemer, Five Points West, Vestavia, Eastwood Mall, Alabaster, and Center Point, as well as stores in Mississippi and South Carolina.

A Jack’s big opening was similar to a new Broadway production’s opening night. In this photo from 1967, you can see the new Jack’s Hamburgers in Jasper.

Jack’s was growing into south Alabama and the Florida panhandle in the mid to late 1970s. Many of these sites began to shut in the 1980s, but at least one person was enjoying success with Jack’s. In the 1960s, Benny LaRussa, who was largely interested in the supermarket industry, acquired a single franchise. In 1979, LaRussa sold his grocery business and bought a franchise for 13 Jack’s restaurants. He extended his domain to 33 outlets between then and 1988. LaRussa then bought the whole franchise rights to the Jack’s idea in 1988. In the year 2015, 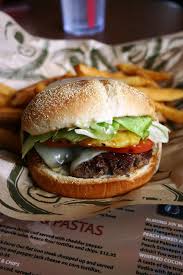