In N Out Menu

In-N-Out (also known as In-N-Out Burger) is a popular burger fast food restaurant available in 5 states including California, Arizona, Nevada, Utah, and Texas. The restaurant’s burgers rank among the top in the industry, which is surprising considering In-N-Out prices are some of the cheapest in the industry as well. 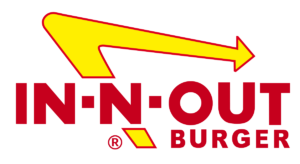 In-N-Out is known for having a very simple and limited menu. Their most popular burger is the Double-Double burger, which comes with double meat and double cheese. They also offer cheaper and smaller alternatives such as the hamburger and cheeseburger.

In N Out Menu Prices

In-N-Out is an old fast food restaurant founded in 1948 in Baldwin Park, California. Although the restaurant is only available in 5 states, there are over 280 locations.

The restaurant’s main competitors include Five Guys and Whataburger. In-N-Out prices are significantly lower than both of those restaurants, especially Five Guys’.