El Pollo Loco has been serving up Mexican-style food for decades and are widely known for their famous fire-grilled chicken. The chain originally started in Mexico but quickly made its way to the United States. Today, El Pollo Loco has grown to nearly 500 locations across six states. 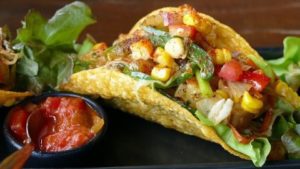 Though it is a fast-casual restaurant with a drive-thru, El Pollo Loco makes an effort to include healthy options on its menu. Customers can choose low-calorie meals from the Under 500 Calories section of the menu or swap heavier menu items for lighter ones

* DISCLAIMER: Information shown on the menuswithprices.com may not cover recent changes. For current price and menu information, please contact the restaurant directly.

The restaurant’s main competitors include Taco Bell, Chipotle Mexican Grill, and Del Taco. El Pollo Loco prices are not the cheapest nor the most expensive in that restaurant category.