Chipotle (also known as Chipotle Mexican Grill) is a fast-casual dining restaurant that mainly serves Mexican-inspired foods such as tacos and burritos. It is known for using high quality natural and organic ingredients in its food. Because of the care and quality of its food, Chipotle menu prices are usually more expensive than most other fast-food restaurants 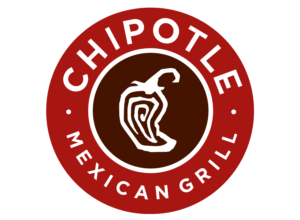 Chipotle prides itself on sourcing its food supply from ranchers and farmers that raise their livestock humanely and naturally, which means an all-vegetarian diet and free of antibiotics.

While Chipotle’s menu is composed of only a few items, there are many different combinations that can put together.  Their main entrees include tacos, burritos, bowls, and salads.

Chipotle was founded in 1993 in Denver, Colorado by Steve Ells, who still serves as chairman and co-CEO of the company.

McDonald’s invested in Chipotle in 1998, which allowed the company to quickly expand into over 500 restaurants by 2005.

* DISCLAIMER: Chipotle’s mission statement is called Food with Integrity which states they source organic and local produce whenever possible, and their cows are raised without the use of synthetic hormones.

Due to these quality requirements of their food supply, Chipotle prices are on the higher end of the fast-food/fast-casual industry. However, their food portions are usually quite large compared to other Mexican-inspired fast food restaurant menus meals.