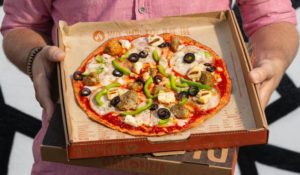 Smart pizza, people and planet choices for us. We think that we all can profit from making intelligent choices about what we are eating, how we treat each other and how that lovely world, which we all share, is protected.Keep an eye on our websitefor more menus.